Experimental units may be:

The individual animal:
The breeding female and litter:
The cage of animals
A part of an animal:
An animal for a period of time:
More than one type of experimental unit in an experiment. 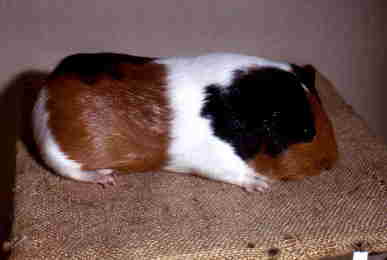 The breeding female and litter:

In teratogenesis experiments the pregnant female is treated with the test substance (or vehicle), but measurements are made on individual pups after birth. Because individual pups within a litter can not have received different treatments the experimental unit is the whole litter and the unit of statistical analysis is the litter mean or proportion affected, possibly weighted by litter size. If there are, say, 10 treated and 10 control females, then the statistical tests will be based on a group size of 10, not on the numbers of individual pups

The cage of animals:

If the treatment is incorporated into the diet or water then any two animals within the same cage can not be assigned to different diets so the experimental unit will be the cage of animals. Cage effects (differences between cages on the same treatment) can occur as a result of fighting, sub-clinical infection or differences in environment due to cage position. The statistical analysis will then be based on the mean of all animals within a cage, and “N” will be the number of cages, not the number of animals. However, if the treatment can be given to individual animals within a cage, say by injection or gavage, then the individual animal may be the experimental unit.

A part of an animal:

An animal for a period of time:

More than one type of experimental unit in an experiment.

Occasionally “split plot” or “nested” experiments are designed where there are two classes of experimental unit. For example, a researcher may want to compare two diets each with or without a vitamin supplement on growth rate in mice. Suppose 20 cages each containing two mice are assigned to the project, with 10 cages being assigned at random to each diet. Suppose also that the vitamin supplement can be given individually by injection or gavage to one of the two mice, with the other one receiving the vehicle as a control. In this case the cage is the experimental unit for comparing the two diets using the average growth rate of the two mice in the cage, but the mouse is the experimental unit for comparing the effect of the vitamin supplement. With this design it will also be possible to find out whether the response to the vitamin depends on the diet. Split plot designs can be economical and powerful, but the statistical analysis can become complicated. Expert advice should be obtained before starting such an experiment.